Honey From the Carcass of a Lion

Contemplative thoughts from a septuagenarian. 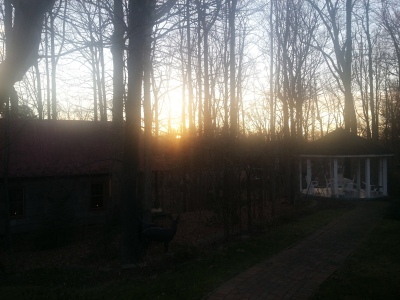 When I haven’t written in so long, it is always difficult to trust my heart.  I love to write but am always cautious, that what I write be somewhat meaningful.

I am an old dude, and at some point need to step aside, but when one’s life has been so favored, assessing the time for retirement is difficult, perhaps to the detriment.

I have always been given favor and the ability to end up in places of influence I neither deserved, nor had in anyway attained to the level of skill sets possessed by those I always find around me.

Just Wednesday, I had the privilege of leading a tour with the new class of Leadership Winston-Salem.  As we walked around an area within our community known for deep transformation, the result of a fearless few who formed the Goler Depot Renaissance Community Development Corporation (yes that is the official name), my mind was flooded with memories.  Now over a decade past, I still recall the numerous Tuesday night meetings in Lafayette and Sandra Jones’ business office (SMSI), strategically planning for a vision totally under resourced.  Yet I was walking through it with this group of young leaders. Once more, the least likely to be a part, given that it was an African-American initiative. Once more, favor had placed me in a position to exercise faith.

I hardly could have known that this initiative would evolve when in the late nineties, I would walk this area in prayer, circling a small AME Church in a virtual ghost town, long before the Innovation Quarter was public knowledge!

What is faith, why it’s the evidence of thing not seen! On the front end, a mere mental image of what could be, but faith always becomes the substance of those things hoped for! Wednesday, I was walking on the literal sidewalks that connected the substance of the things that using the word “evidence” to describe, would have been a stretch in our early SMSI days!

I was amused at myself as I led the tour that morning, for it was the day after our municipal election and once more a few kind hearts had tried to platform my leadership in our small community, only to fail for a second time. So why does failure often seem to bookend such radical moments of favor and faith?  Don’t kid yourself, we are a fallen race, failure is our default position.  Yet because of grace we fail forward, leaving behind us the evidence of our faith, though oft times decades since our checkered attempts at leadership.

This morning was one of those days when deep reflection occurs.  I found myself reading back through the Biblical stories of Elijah and Elisha, the lepers of Samaria, all stories that have preceded breakthrough moments in my life.  I live a strange life, for just when I feel I have completed my call, perhaps even stepped beyond the bounds of grace, I begin to see the evidence of favor once more, rising from the ashes of my failure and my faith comes alive!

2 thoughts on “Favor, Faith and Failure”