A Catalyst for Change

Contemplative thoughts from a septuagenarian. 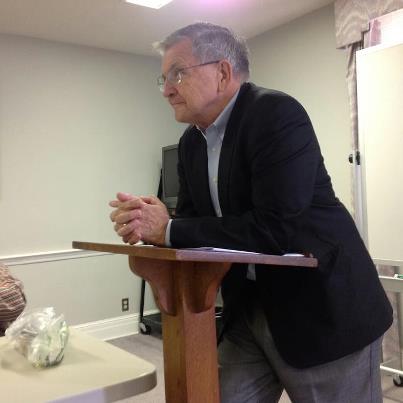 The prophet Daniel was approximately 70 years old when he saw “the writing on the wall.”  Sitting just three years outside that ominous age, I am continuously compelled to share my thoughts.  What good are the life experiences if one does not pass forward the things learned?

The older I get, the more I realize that I have had a comparatively amazing life.  Perhaps I have not taken as much risk, earned as much or stayed with one career long enough to add value, however, the mystical side of my life I would not trade for any of the above. Experiencing God has been my life pursuit, with the exception of perhaps ten years; even those years I now find were about God pursuing all of me!

Religion for this third generation Pentecostal has been pivotal in my life experience:

“Pentecostalism is arguably the most important mass religious movement of the twentieth century. Today, this movement is the second largest sub-group of global Christianity. It has over 30 million American adherents and a worldwide following of 430 million. Pentecostalism’s inauspicious beginnings at the turn of the century make the movement’s growth all the more surprising.

Pentecostalism grew out of the Holiness revival during the second half of the nineteenth century. This revival was an expression of both social and theological discontent among the nation’s lower and middle-class groups.

The 1906 revival at Azusa street, Los Angeles marks the second phase of the Pentecostals’ origins. The Azusa street revival gathered the “ethnic minority groups of Los Angeles,” who discovered a “sense of dignity and community denied them in the larger urban culture.”2

“Holiness advocates disapproved of the impiety in mainline denominations and were alienated by the growing wealth and elaborateness of their churches.”3   Ironically, I now find myself in a similar place with Pentecostal Churches.  Many seem either stuck somewhere in time, defending what they can no longer manifest, or deeply a part of their own denominationalism, though dressed differently and much more prosperous.

The miracles witnessed earlier, from crossed eyes straitened to comatose individuals quickly awakened and healed, now seem few and far between.  Much more likely are those who profess the “year of Jubilee” with some quick blessing that defies capitalism, or a message of positive thinking seldom evidenced by the suffering saints whose insights we used to value.  Trying not to be judgmental or cynical, just thinking out loud.  I too fit the bill at times!

It is interesting that the fruit and the new growth once recorded in America, is now most often found in under developed countries. Growth in American churches seems more about transfer, as sincere followers move like nomads with each newly emerging preacher or church plant, hoping to find their way out of their personal spiritual dessert.

Was it the literal interpretation of the Word of God that brought these early revivals and former miracles, the departure from this discipline the reason for our decline?  These are the thoughts with which I struggle after nearly 70 years of observation and participation with some of the best of spiritual leaders.  Only 55% of Millennials view the Church as having a positive impact on the country, down 18% in just five years.4

The loss of the aforementioned scriptural discipline seems hardly the reason, as I no longer read as literal as once taught.  Yet, new every morning is this exciting journey with a Being unlike all humanity, still as faithful today as when a fourteen year old Daniel was forcibly removed from his surroundings by Nebuchadnezzar in 605 B.C..

Daniel, in an attempt to reorient this young teenager, was renamed Belteshazzar, for the “moon god” he had not studied.  Yet, after enduring multiple maniacal leaders, he finds himself instrumental in the restoration of the Temple by a most unlikely Cyrus in 536 B.C., in his 80’s!

As I age, the mystery still continues, for the One who sits over galaxies that dwarf our beings, continues to compel us beings to write, now for centuries and across multiple continents.  Yet, that One is able to both capture our brokenness and commuicate truth, while risking the sometimes harsh image we project upon Him.  Thank God for the model provided by The Christ!